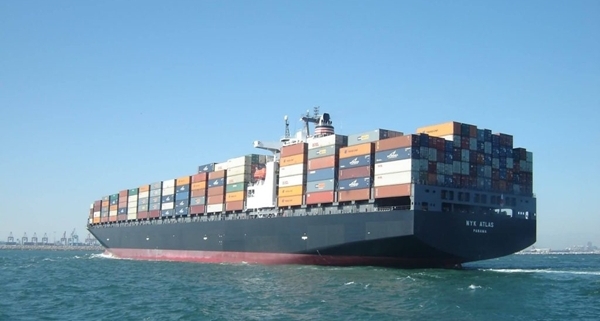 International Trade Secretary Dr Liam Fox has launched what the government has described as an “ambitious new export strategy” with our SMEs placed at the heart of the drive.

The aim is to get more companies looking at overseas trade as the exit door from the EU looms large.

But that still leaves the country in the middle of the G7 pack. Less than 20 years ago, German exports were 30 per cent of GDP, today they are an impressive 47 per cent.

The aim is to increase UK total exports as a proportion of GDP to 35 per cent, with International Trade Secretary Fox talking bullishly about making Britain “a 21st century exporting superpower”.

Launching the strategy he said: “As we leave the EU, we must set our sights high and that is just what this Export Strategy will help us achieve”.

The prize for companies that take the export route can be great. Research reveals that companies that export have increased growth potential, are more productive and deliver better paid jobs.

However, the Department for International Trade estimates that 400,000 businesses believe they could export but don’t.

And the CBI believes that in every region of the country around 10 per cent of businesses that could sell overseas aren’t doing so. Meanwhile, the demand for British expertise and goods continues to grow. Bridging that gap is vital.

The strategy launch talked of a “government-led” collaboration with business, better use of our overseas network, new online tools and building an extensive business to business network.

There was also talk around encouraging and inspiring more businesses to export and producing “smarter and more tailored support” for them.

Baroness Fairhead, minister for trade and export promotion, described the strategy is a first step – a foundation – for a new national drive to export.

As part of it an awareness campaign will target UK exporters most likely to benefit from up to £50bn worth of export finance and insurance support from UKEF.

Many small businesses are wary of taking the export route, unsure how to take those first steps. Finding and then researching potential overseas markets can be difficult enough for them.

Businesses have also told government they are much more likely to listen to their peers, those with similar and relevant experiences.

And as a result a national network of Export Champions – businesses who have successfully exported and have the credibility to mentor others to do the same – will be developed. It is a welcome move.

There is also no doubt many small business feel they simply don’t have the expertise needed to export – they lack knowledge when it comes to finding and developing overseas markets and are daunted by the possibility of having to encounter different business cultures and regulations.

SMEs need help to understand the opportunities and they need support to help them along their journey. Better signposting of the advice and help that exists – and harnessing that support network for the benefit of small businesses – can only be a good thing.

SMEs under the microscope
Scroll to top