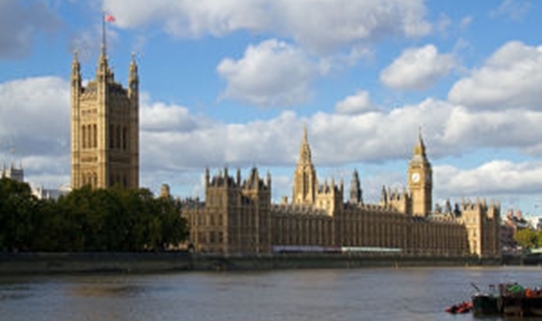 He may not have much ‘wriggle room’ and the national focus may be on the thorny subject of Brexit, but the UK’s small businesses will be watching and hoping Chancellor Philip Hammond responds to the challenges they face.

The perceived wisdom is that the Chancellor’s statement on October 29 will be very much a holding position, given the political situation and the timing. However, that won’t be good enough for many – including The Federation of Small Business (FSB).

FSB National Chairman Mike Cherry has warned: “For small business owners, this Budget is the Chancellor’s ‘make or break’ moment. It has urged Mr Hammond to deliver “meaningful support” to small traders, after plans were dropped to end class two NICs. The Lancashire-headquartered organisation is also calling for high street lifelines, including wholesale business rates reform.

It wants more support for the self-employed with an Adoption Allowance, Universal Credit improvements and fresh training incentives.
Small firms are also warning against changes to Dividend Allowance, Value Added Tax (VAT) and Insurance Premium Tax (IPT).
There are fears in some quarters that the Chancellor will look to cut the allowance again as he looks to find the extra £20bn a year that the Prime Minister has pledge for the NHS by 2023.

It has been one of his targets before – with the tax-free allowance for 2018-19 slashed by more than half in the 2017 Autumn Budget.
The amount that can be contributed to pensions each year while receiving tax relief may also be in his sights. With the retail sector under increasing pressure, FSB is urging the Treasury to halt the annual inflation-linked increase in business rates bills set to take effect from April 2019.

Other recommendations for rates reform include removal of an anomaly which causes small firms to lose Small Business Rate Relief (SBRR) if they expand into second premises, even if both locations are modest in size.

The FSB is also calling for targeted support for struggling high street firms, recommending a £1,000 business rates discount for small shops, cafes and pubs.
Other ‘asks’ include introducing a statutory Adoption Allowance for the self-employed, an extension to the Start-Up Period and reforms to the Minimum Income Floor for sole traders who claim Universal Credit.

The three measures would collectively cost the Treasury an estimated £405million a year, the FSB says.
In addition, there are calls for the continuation of the New Enterprise Allowance, improved access to income protection insurance for the self-employed and a widening of tax relief on training for sole traders.

As things stand, the self-employed can only claim tax relief on training to increase existing skill sets, rather than develop new ones.
The government is also being urged to deliver on its pledge to introduce a National Insurance ‘Holiday’ for small firms that hire those furthest from the labour market. Watch this space.